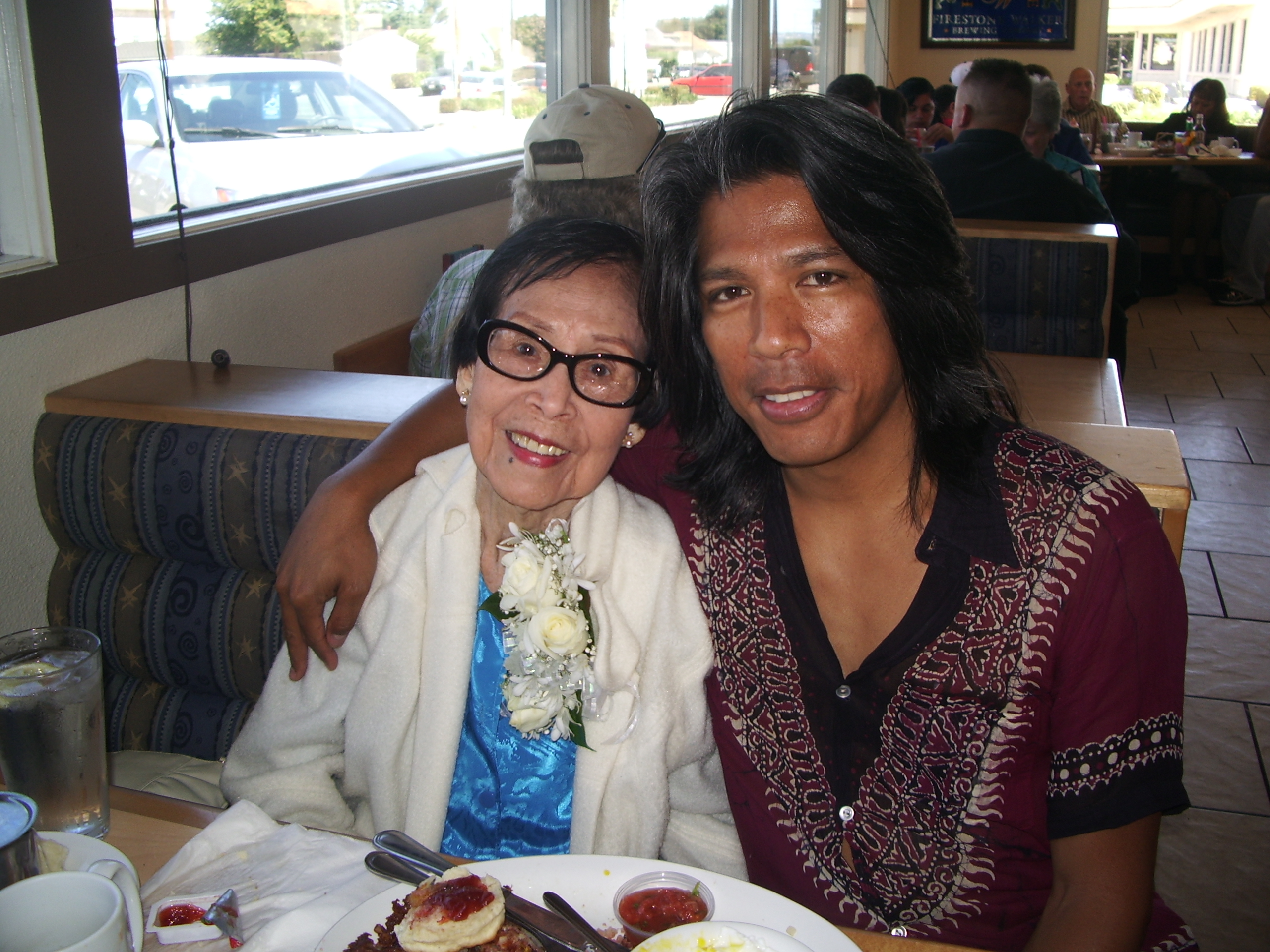 C.T. Aradanas, the son of Philippine natives, grew up on the Central Coast - a native of Lompoc and a graduate of Lompoc Senior High School, Class of 1980.  His undergraduate studies were at the University of Southern California, and his graduate work was at U.C. San Diego.  His work background includes helping refugees from U.S.-supported dictatorships obtain political asylum in the United States, monitoring F.B.I. treatment of Muslim U.S. citizens in the Pacific Northwest in the immediate aftermath of 9/11, and publicizing the impacts of corporate overfishing in the North Pacific upon small fisherfolk, such as indigenous Alaskan communities.  His published articles for the U.S. Government dealt with applied anthropology research he co-conducted in remote parts of Alaska, one of his favorite places on earth.  This is a photo of him with his now-late mother, in Lompoc on Mother’s Day 2014.